Today I turned out at the Moultrie Court House for jury duty, with the eight o'clock shift. About nine we had our orientation video, then the screens went to CNN, with the sound low but too audible. I opted for the hallway, where it was easier to read. And at about 11:30 we were all called into the Jurors Lounge for a jury pool.

Pool members are called out by last name and the last three digits of the juror identification number. The last three digits perhaps should be expanded, for we had three pairs in our pool of 60. We were seated in some order in the courtroom--probably not alphabetical, else I should have been farther back. The judge introduced herself, the attorneys, and the defendants, and at 12:15 turned us loose until 1:45. I walked over to the National Gallery of Art for lunch in the concourse cafeteria.

The voir dire began at about 2:00, requiring just about a minute for each potential juror. At that point the last four into the room were dismissed, then some number of others, I suppose for cause. We then went through about a dozen rounds, in each of which at least two pool members were placed in the section to be dismissed, and generally one or two moved into the jury box. I was in the jury box for a couple of rounds.

About 3:35 the attorneys had the dozen jurors and two alternates for the trial. The rest of us were dismissed to the jury office, and were done for the day, and most likely for at least two years.

The jury office and the clerks work efficiently. I do think that

Above Walnut Street, a statement of artistic faith: 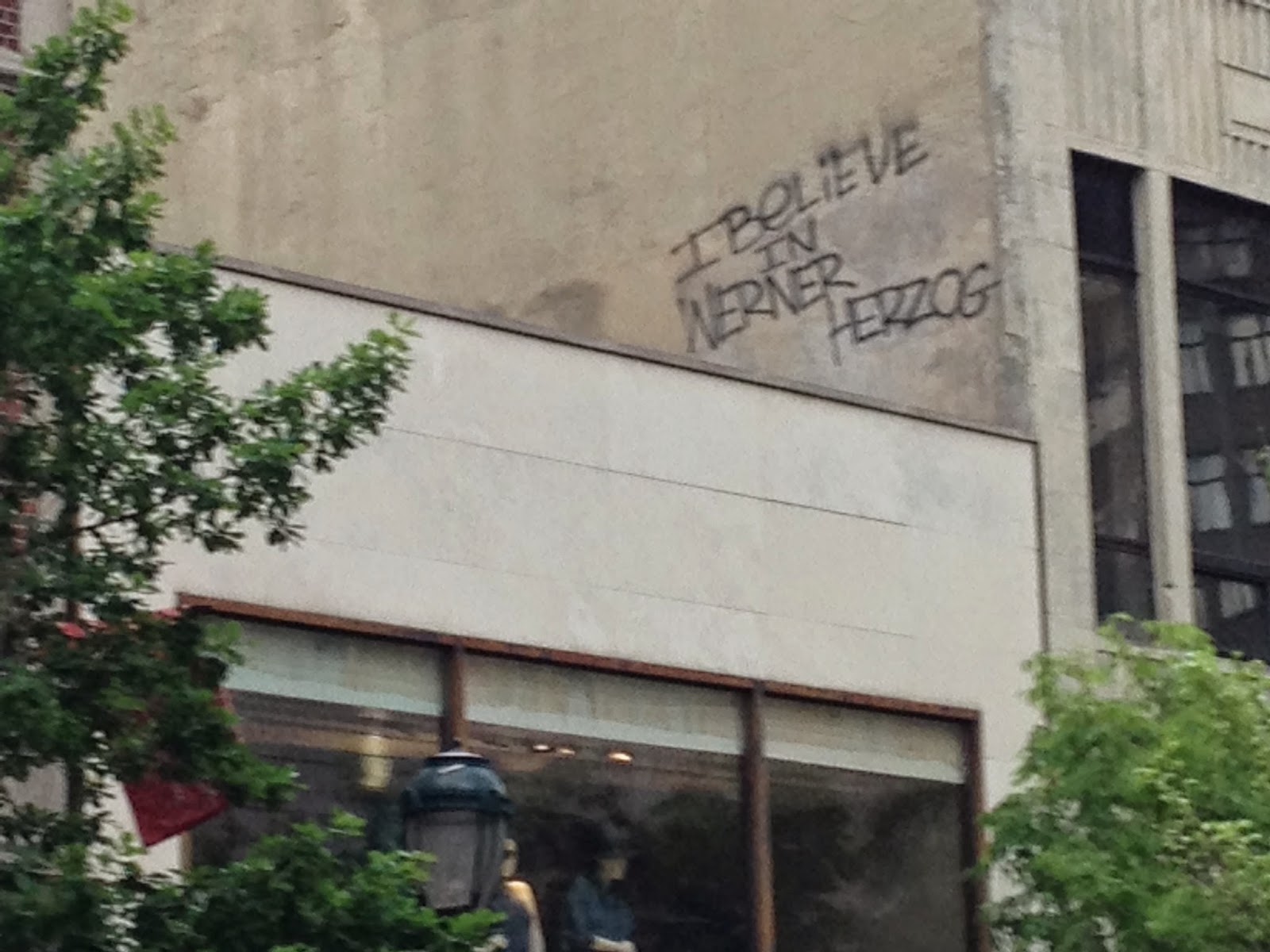 Along Broad Street, perhaps an artistic statement of faith: 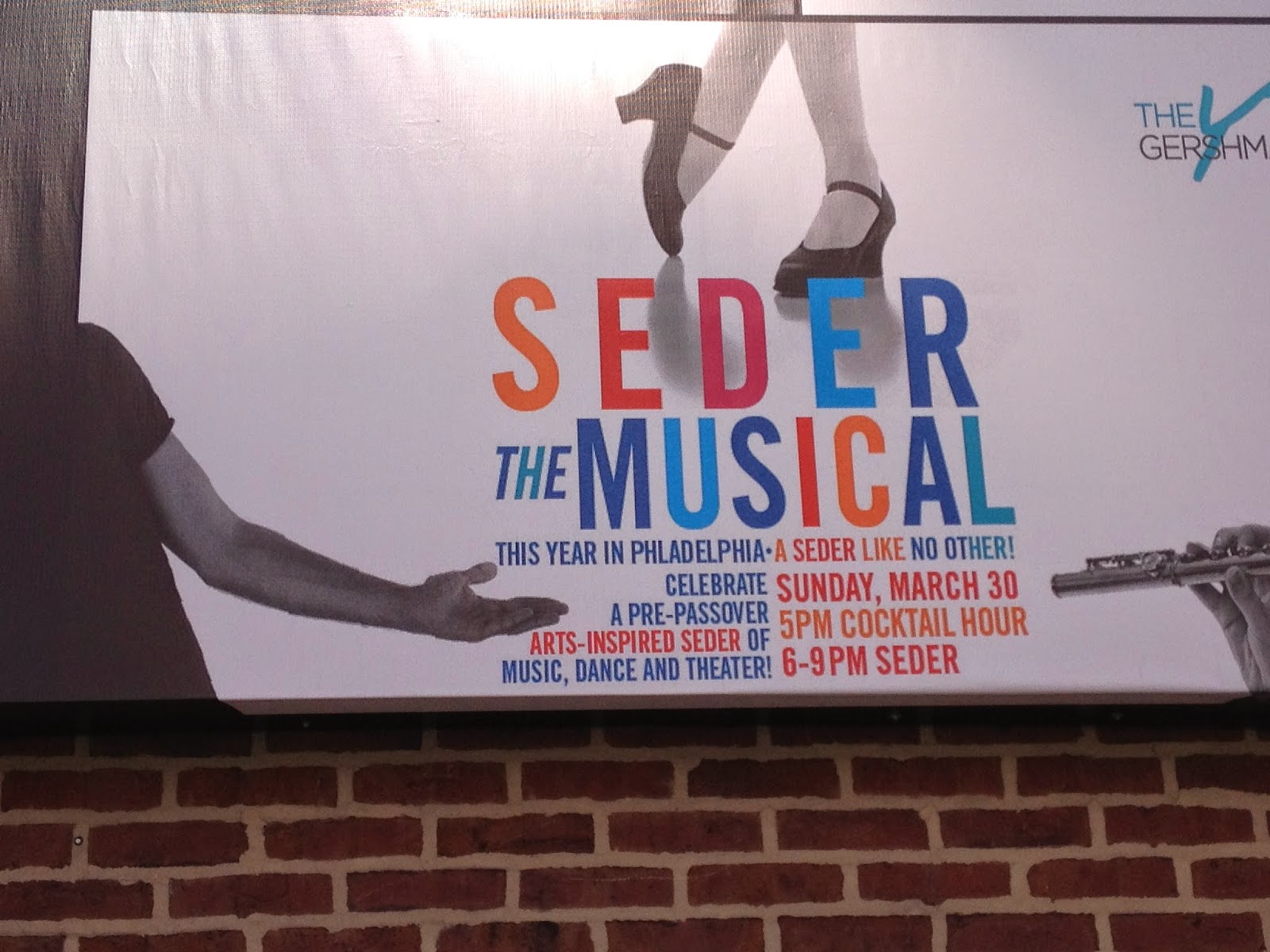 (Though it raises the question whether such footwear counts as sandals under the meaning of Exodus 12.)

At Book Traders on 2nd St., truth in labeling, or certainly opinion: 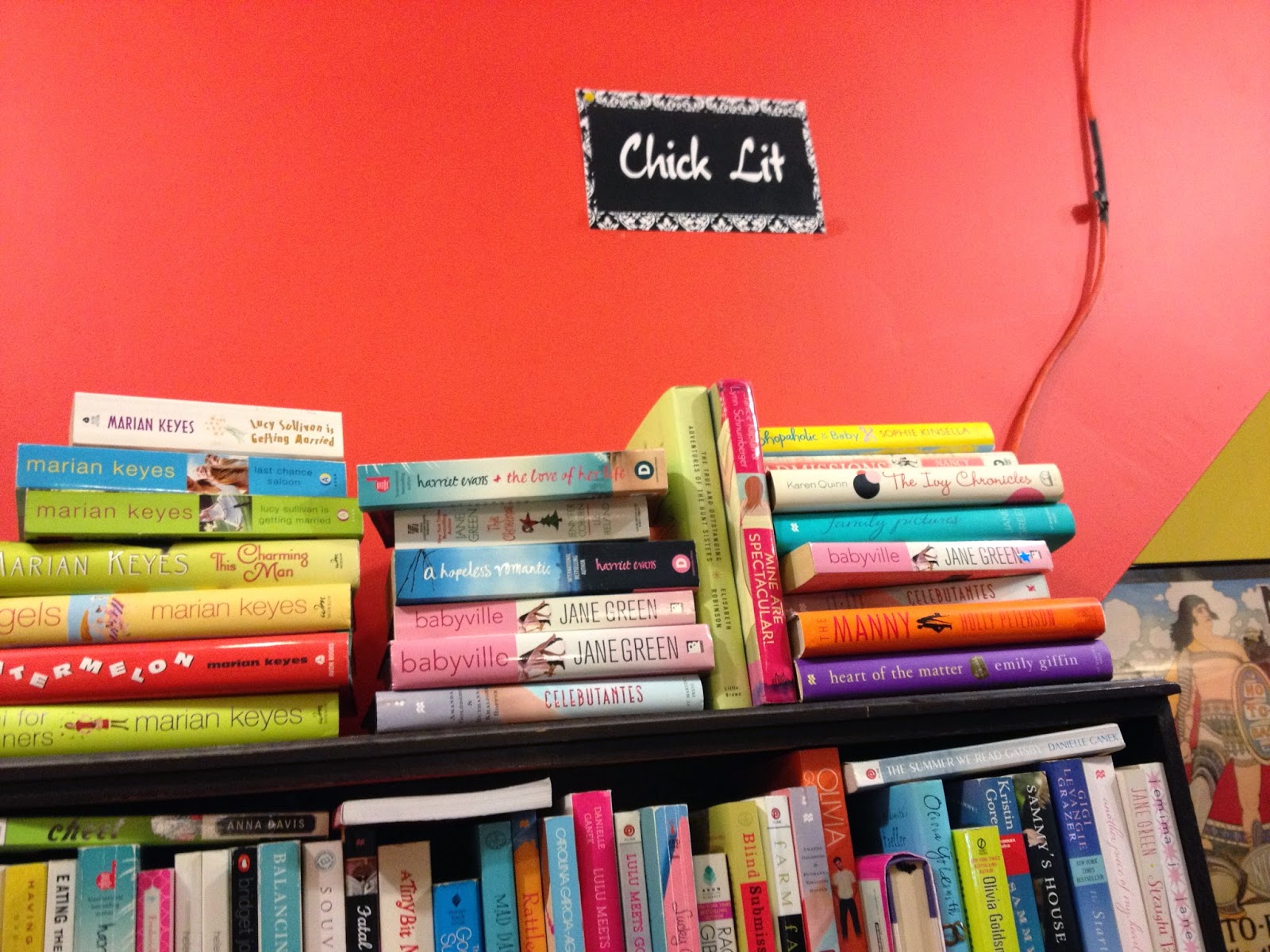 Azaleas (?) in the churchyard of St. Mark's (Episcopal): 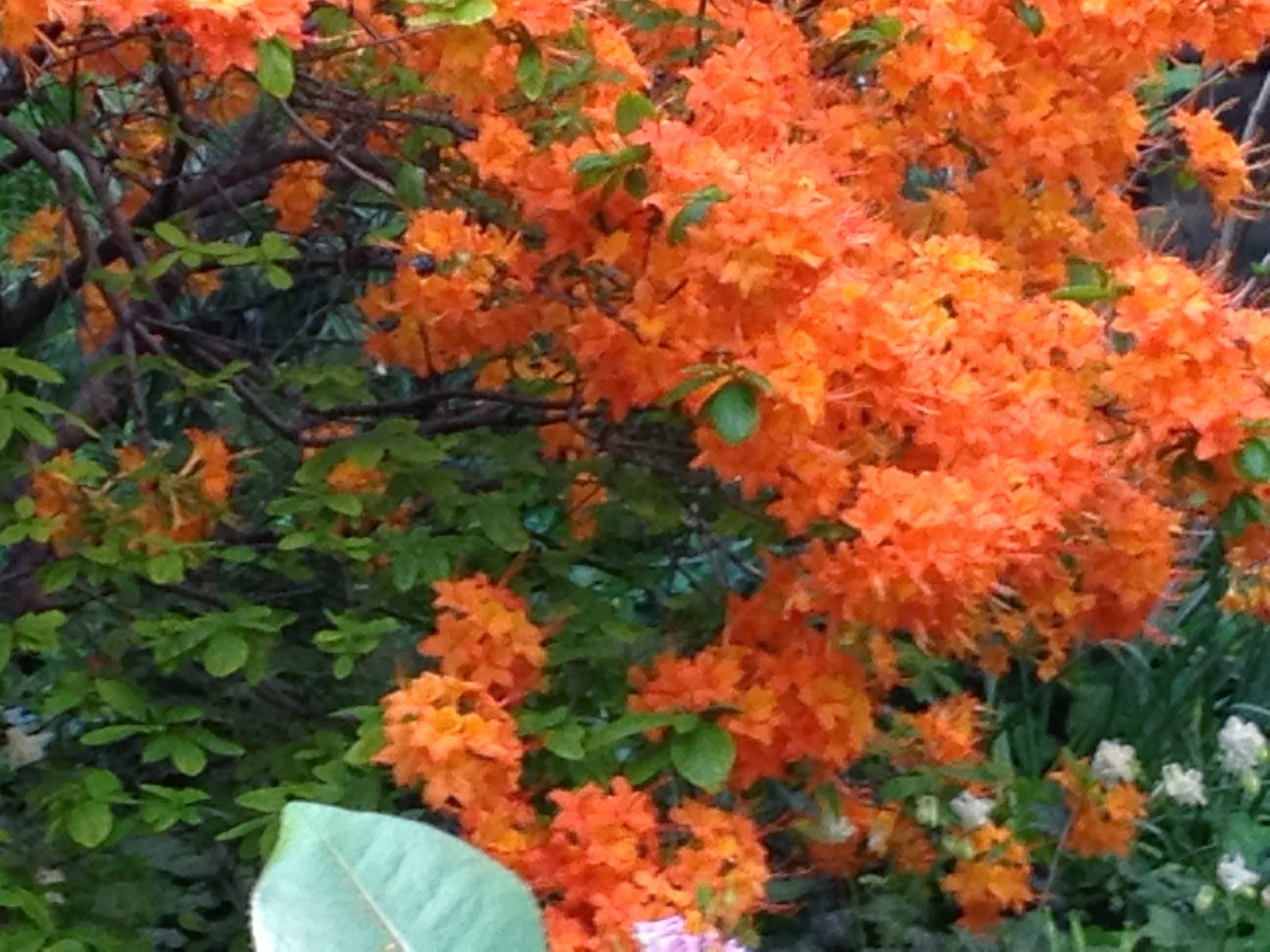 In Erasmus's "A Dialogue on Early Rising", the late riser says "Truly, no sleep is sweeter than that after sunrise." In the course of the dialogue, the early riser thoroughly schools him in the importance of rising early, and the late riser promises to become philosopher rather than "philypno", that is a lover of wisdom rather than of sleep.

The sweetest daytime sleep I ever had was in the days of my earliest rising, one summer during college that I worked on a highway landscape crew. I rose at 4:30 to be at work at 6, left work at 2:30, cleaned up, and slept until 5:30 or 6 pm. On Saturdays I would wake up with a start at 4:30, turn over, and sleep gratefully a few more hours.

But in general daytime sleep has not suited me. I worked nights for three years, and never got used to it. The rest of the world, on its daytime schedule, wants to make its usual noises. Children play, pile drivers drive piles far away or nearby, lawn mowers and leaf blowers roar. One day some neighbors brought in a crew to remove the concrete in their driveway. I could not ignore the noise, though the jackhammer crew could: one young man was sleeping in a wheelbarrow and another on the sidewalk, while the middle-aged man ran the jackhammer.

There is also the matter of light. Beppe Servergnini writes that this is a problem here because Americans do not understand shutters. Maybe so; I have certainly overslept in a couple of European cities behind shutters. And I remember a couple of co-workers on the night shift discussing a useful trick with Venetian blinds: turn them so inside edge is higher. During the summer of the early work days, our family had a "ranch" house, one built with windows set high in the wall, and so easily made dark.

But really, I'd just as soon know when it is light out, and get up. I say this in late middle age, many years after fatherhood taught me to rise with the sun, and the toddler. Erasmus's late riser is said to be 17, an age at one which one generally is inclined to sleep later.
Posted by George at 4:59 PM No comments:

A Festival of Elitism

It is sometimes said, commonly in election years or around political issues, that Americans dislike elitists and elitism. This usually seems to involve matters of the mind, or at least of education: the college sticker on your car, however much it impresses the neighbors, might hurt you in a wide enough electoral district.

Yet there is right now on nationwide television an exercise and celebration of elitism, the National Football League draft. The TVs in a building lobby near work had a sports show going yesterday afternoon, with learned disputes over whether a defensive end should be the first pick in the draft. The draft will continue for three days, and will be argued over for years. The proper football fan can tell you how many of a team's picks are still in the league five years after they were drafted.

And in sports, the reward for discriminating elitism is high: you get to keep your job. If you fail at elitism, the owner, the fans, in college the alumni, will blame you and push you out. Nobody minds that. You picked Morgan Leaf? You traded the draft rights to Magic Johnson to sign Gail Goodrich? So long--better luck in your next line of work.

Nobody minds, perhaps, because sports are mostly quantifiable, and almost wholly visible. There is no satisfactory method for demonstrating that Robert Frost's poetry is better than Robert Service's, or that Johann Sebastian Bach was a better composer than John Lennon. But contemporary athletes do compete against one another, with clear enough results. The sport statistics buffs compute "wins above replacement", which offers at least a rule of thumb for comparing athletes of different eras. And for track, field, and bicycling, the measures of time and distance answer most questions.

So what should one say to somebody that objects to elitism? "What happened to the GM who drafted Ryan Leaf?" comes to mind.

Posted by George at 4:23 PM No comments:

In the exhibit "Heaven and Earth: Art of Byzantium from Greek Collections", now at the Getty, there is a relief showing Alexander the Great borne up to heaven by a pair of griffins. I took this to be an apotheosis when I saw the exhibit at the National Gallery of Art, but find that I am wrong.

The anthology I picked up last week has excerpts from Eckhart of Aura's universal history, both of them concerning Alexander the Great. According to the second, the flight with griffins was a matter of aerial exploration. So far from his being received on Olympus, they and he eventually returned to earth ten days walk from his army, to which he returned safely. But I still wish that I had a postcard of the relief.
Posted by George at 5:34 PM No comments:

Back to Camp Hill

For many years, we drove up to the "West Shore", the trans-Susquehanna suburbs of Harrisburg, about every six weeks. Over the last five years, we have been there only two or three times. One was last week, to see friends and family, and stock up on food easier bought there than here. I noticed again that

Posted by George at 5:05 PM No comments: