Tuesday and Wednesday we visited with friends in San Luis Obispo. On a walk around their development, Stoneridge, we admired the flowers and plants, many of which we could not identify: 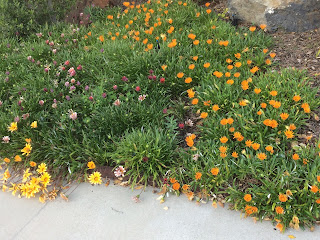 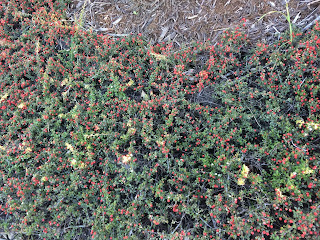 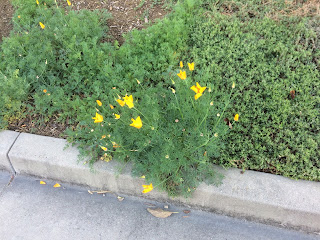 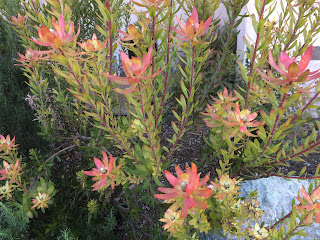 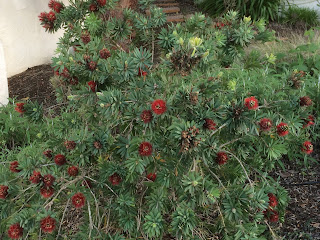 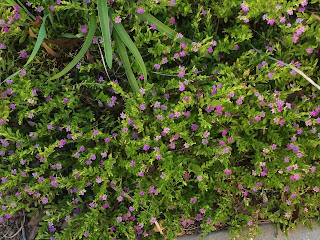 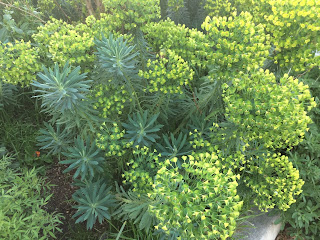 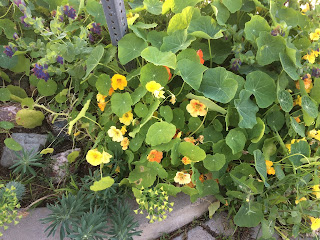 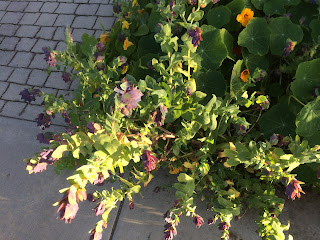 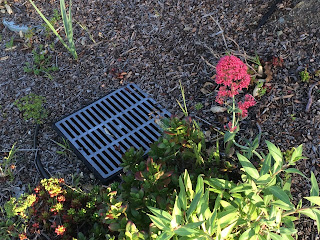 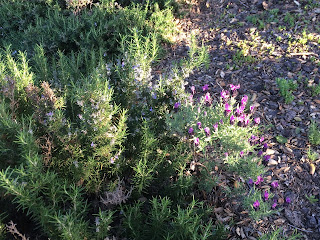 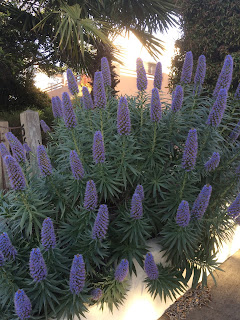 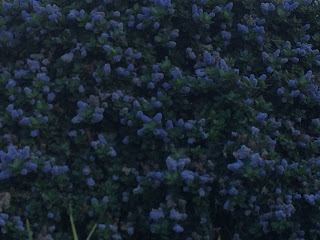 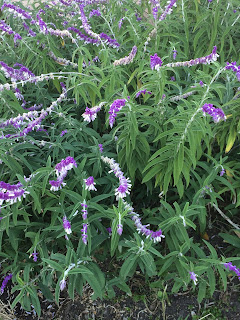 Our friends picked us up at the Santa Barbara, train station and took us  to Chaucer's Bookstore on State Street.  We managed to come away with only four more books to haul back to Washington.
Posted by George at 8:32 AM 2 comments:

In a Superior Civilization

The other day, I pulled from the shelf a copy of August Frugé's A Skeptic Among Scholars, a memoir of his work at The University of California Press, and happened on a passage from one of the authors he worked with, Rico Lebrun:


The real drama is in the fact that personal drama produces nothing of merit whatever. Many professors have struggled even harder than Cézanne, and for the wrong reasons. In a superior civilization someday, we should have a Pantheon for them: "He was an ass and toiled as if he had the obligations of a hero." Who knows how many of us may yet belong to that legion?

But what of us too idle to qualify for that Pantheon?
Posted by George at 3:34 PM No comments:

After the Warm February

Shortly after the magnolia blossoms came out, we had a cold snap. The blossoms turned brown and still hang on the trees. The middle of the first full week of March was warm, then the weekend was cold, and Monday night it came on to snow. In the city the snow was a good deal mixed with sleet and cold rain, so that every shovelful weighed as if it were six or eight inches, not one or two. In the yards there was snow up against flowering bushes and trees: 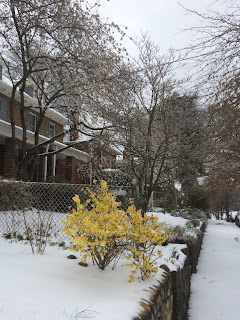 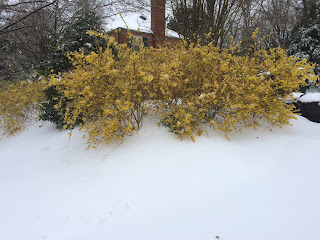 A good deal of the snow remained this morning 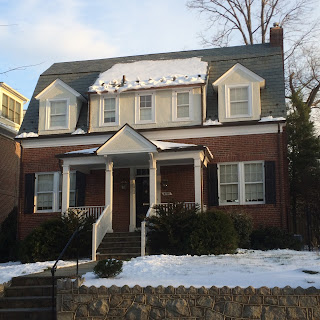 and for that matter tonight. But the forecast calls for a return to seasonal temperatures (about 58 F) on Saturday.
Posted by George at 5:56 PM No comments:

Yesterday in Friedell's Cultural History of Modernity, I ran across a passage on Flaubert:


But he is in this again utterly opposed to Romanticism: for he rejects all stylization, idealization, tidying-up of reality, rejects rose-colored glasses, and shows men in their smallness, meanness, vulgarity, indeed their contemptibility; his heroes are not heroes. He depicts his world with the same thoroughness and coolness with which an entomologist regards an anthill or a beehive: he writes not one subjective line. He said himself: "The author must be in his work like God in the the universe: everywhere present and nowhere visible." But does not the artist also resemble God in loving his creations as a father his children? Doubtless; and so it is with Flaubert. The unheard-of novelty of his scientific, unsentimental method of observation concealed from his contemporaries, and from Flaubert himself, that as with every other artist his creative principle was an understanding love.

This reminded me of Yeats on Synge:


Whenever he tried to write drama without dialect he wrote badly, and he made several attempts, because only through dialect could he escape self-expression, see all that he did from without, allow his intellect to judge the images of his mind as if they had been created by some other mind. His objectivity was, however, technical only, for in those images paraded all the desires of his heart.

(Ch. XIX of "The Tragic Generation" in Autobiographies)

Our water heater has started to drip from the pressure-release pipe whenever we run the hot water. The troubleshooting guide in the manual says that this can be caused by "stacking", a condition in which short uses of hot water, which lead to the infusion of cold, cause the area around the thermostat to cool while the rest of the tank is very hot. That does not seem to be the cause here, for this morning I avoided all use of hot water until my shower, and the pipe still dripped.

On Tuesday, when my wife noticed his she called the plumbers. She then called me to ask what the volume of the water heater is. I said that I thought it was 50 gallons. That is correct, but I had never looked at the information on the heater; rather, about fifty years ago I heard fifty gallons mentioned as the volume of a particular water heater, and have since supposed most domestic ones to be of that size.

In trying to come up with a better justification, I thought, Suppose that the tank is sixteen inches across and five feet high. Then roughly speaking
So 50 gallons sounded about right. I find that the tank is nearer 1.4 meters high, but I had figured the diameter as the trickier factor anyway.

Not Necessarily a Useful Thought

The friend who set up an on-line discussion group for War and Peace a couple of years ago has decided that it would be well to do the same for Shakespeare's comedies. While he adjusts WordPress to his liking, I have read a fair bit of Shakespeare over the last several weeks. I believe that we will be looking at the same time at Rene Girard's A Theatre of Envy: anyway, I have read the plays in the order mentioned in that book's chapter headings

On my taking up Two Gentlemen of Verona for the second time since the New Year, it suddenly occurred to me that in three of comedies touched on by Girard one has a female character who disguises herself as a young man. Given that boys played the female parts of Renaissance dramas, this reminded me of "britches" parts in operas, in which a mezzo-soprano plays the part of a young man, a young man who just might in the course of the opera find it useful to dress as a women: think of Cherubino in The Marriage of Figaro or Octavian in Der Rosenkavalier.

I'm not sure what if anything to make of this, except to say that the English of about 1600 had a robust sense of humor, and so did the Austrians of two and three hundred years later. But that isn't news, is it?

I mentioned this to an older relative, who said that she never cared for the "trousers" parts, even though one of her favorite arias, the Barcarolle in Tales of Hoffman, involved one. Yet I don't think she'd care to see Cherubino's arias eliminated from The Marriage of Figaro.